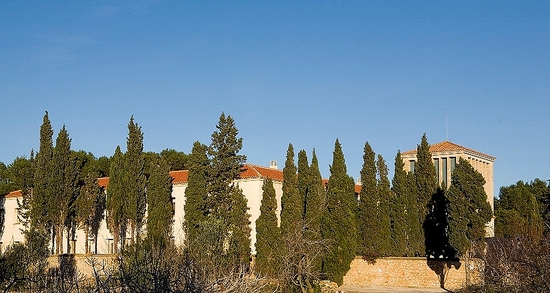 In 1374, the Pope authorized the construction of the Monasterio de San Jerónimo (St. Jerome’s Monastery) in the plains, with its sanctuary (which formed part of the “conquista” sanctuaries), which years later would become the Sanctuary: Ermita de Ntra. Sra. de los Angeles (Virgin Mary of Angels).

Despite refurbishments and remodelling works after various pillages and wars, the building maintained its original features until 1964, when reconstruction works began to build the current Monastery finished with the remains of the former 14th Century Monastery.