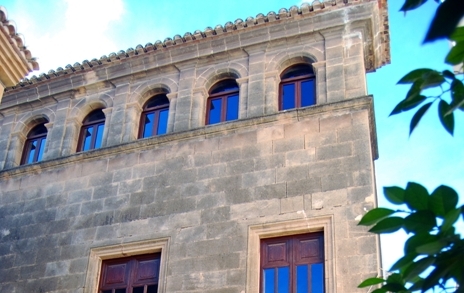 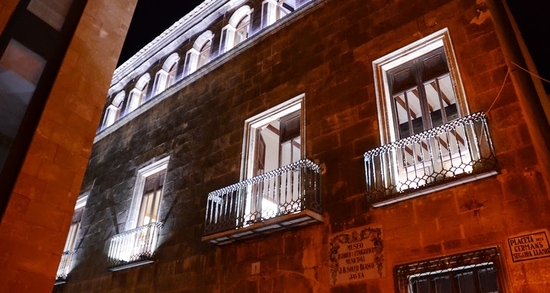 The Museum of Xàbia occupies one of the city's most relevant civil buildings. Its first owner and builder, Antoni Banyuls (Xàbia, 1662), was a major celebrity of his age due to his proximity to King Felipe III (Philip III of Spain), for whom he was the royal butler. The Palace built in the first half of the 17th Century has a magnificent façade in the local "tosca" sandstone in which we highlight its upper "porxens" (roofed gallery) of the upper floor. In the interior, the layout of its three floors were transformed in the second half of the 19th Century, inspired by the fashions of that period's economic prosperity. Consequently, it has only conserved the original ceramic floor with its hand-painted green and white enamel tiles called “mocadorets” in room VI. The first floor of the new exhibit spaces in the new building display selected artwork bequeathed by the Painter, J.B. Segarra Llamas (Xàbia, 1916-1994), with a total of 32 artworks which were executed in diverse techniques (oil, charcoal, graphite, sanguine or red chalk, and watercolour), as well as a set of the Artist’s personal items. The upper floor is devoted to underwater archaeology, with an extensive collection of valuable artefacts salvaged in the Xàbia coastal waters which make it possible to discover a substantial part of this land's history between the 7th Century B.C. until the 19th Century of our era.