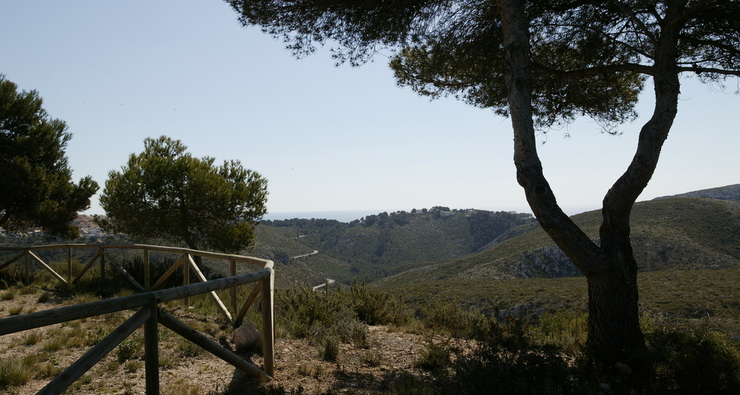 The Granadella area is a large natural space with over 600 hectares. It has an extensive coastal façade which extends from the “Morro del Roabit” (South-West) up to the Cove: “Cala de la Granadella” (North-East) and an interior surface marked by the canyons ("barrancos”) whose mouths open at the end of its route to form the Cove. From the natural perspective, its landscape is characterized by its huge botanical wealth with numerous native species (there is a Plant Microreserve), where among its fauna, we also highlight the important presence of birds of prey. It also has a valuable cultural legacy as represented by the numerous specimens of its traditional agricultural Architecture (19th-20th Century).