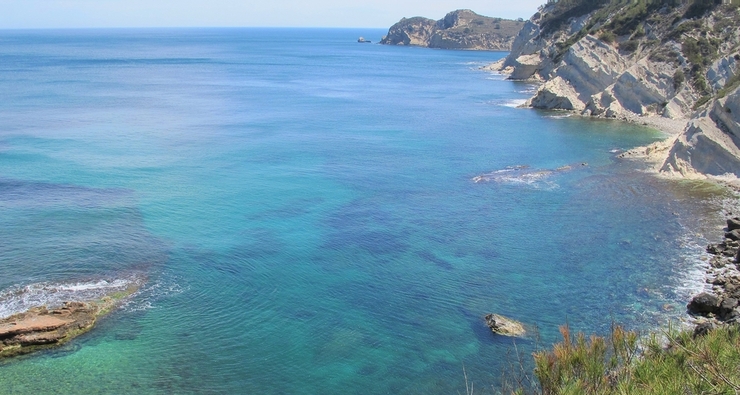 From here, visitors may contemplate the entire extension of the Bay. To the North, we find the so-called “Primer i Segon Muntanyar”, a low-level section of rocky coastline comprised by “tosca”  sandstone, which was formed by the fossilization of the ancient dunes that dominated the coast of the bay in prehistoric ages. Further on, we can see the impressive cliffs of the Cape: Cabo de San Antonio, which mark the Bay’s northern boundary. Towards the South, the coast rises and closes to form the Cabo de San Martín or Cap Prim.