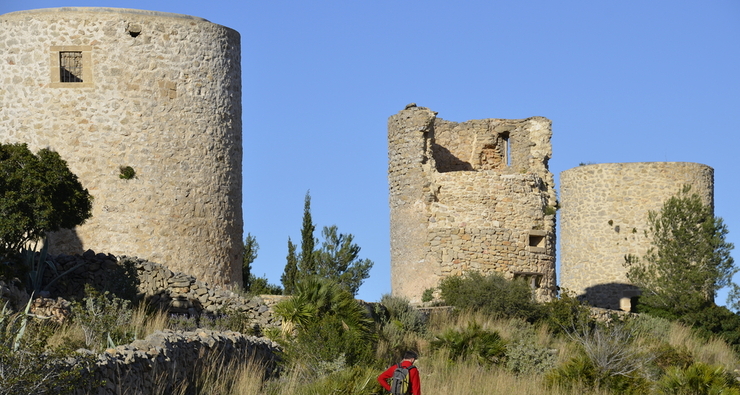 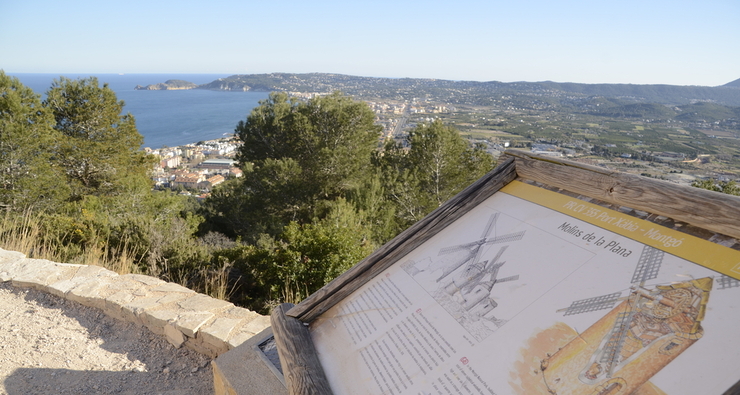 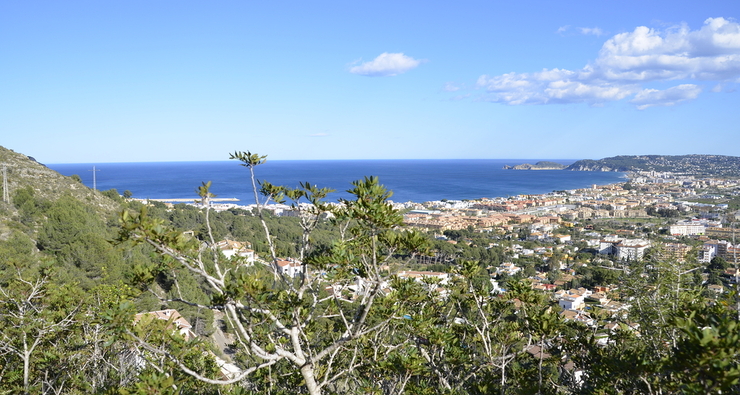 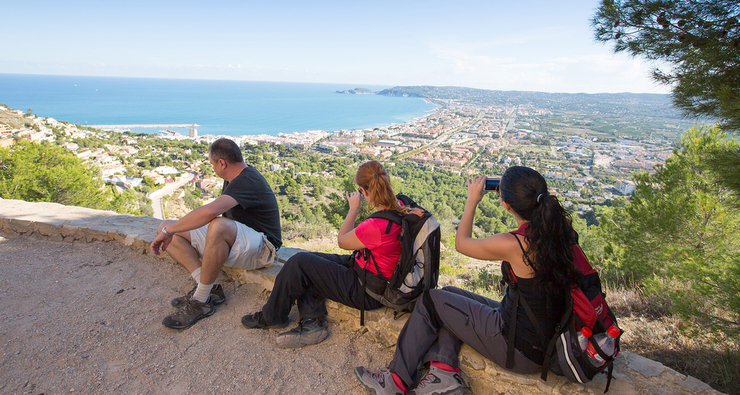 The windmills of “Les Planes” district have ruled this scenic viewpoint since the first Building in the 14th Century. Years later, it was followed by another ten towers, whose ruins, currently without blades or roof, can still be observed in this exceptional corner of the coast although in different conservation levels. The windmills had to withstand the impact of the intense “llebeig", the warm southwest wind which blows in a practically steady basis in the Trencall de la Plana area. Today no longer in use, the windmills have sturdy mechanisms made of Kermes Oak wood which served to move the heavy circular millstones.