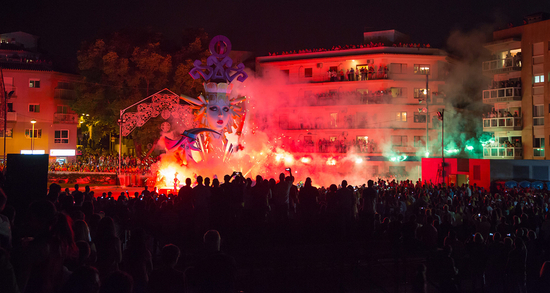 From January 7th until February 8th

- Animal’s blessing on January 19th in Pl. de la Constitució and on the 17th in the port promenade.

From April 10th until April 13th

Fiestas in honour of Jesús Nazareno: bull-running in Pl. del Convent, competition of crosses made with flowers... On May 3rd: “Pujada”, procession to bring Jésus Nazareno back to Ermita del Calvario.

From June 8th until June 24th

From July 11th until July 19th

Pilgrimage to Ermita del Pòpul in honour to the Virgen del Loreto, where a Mass will be celebrated and candies and chocolate dispensed to assistants afterwards.

Santa Llúcia’s festivity. Pilgrimage to Ermita de Santa Llúcia, where a Mass will be celebrated and chocolate dispensed to assistants.

Christmas and Three Kings from December 6th until January 6th

MOST OF FIESTAS ABOVE MENTIONED WILL HAVE THEIR PROGRAMS DETAILED SEPARATELY CLOSE TO  THEIR  DATE OF CELEBRATION. THE DEPARTMENT OF TOURISM IS NOT RESPONSABLE FOR ANY CHANGE ON THIS PROGRAM.