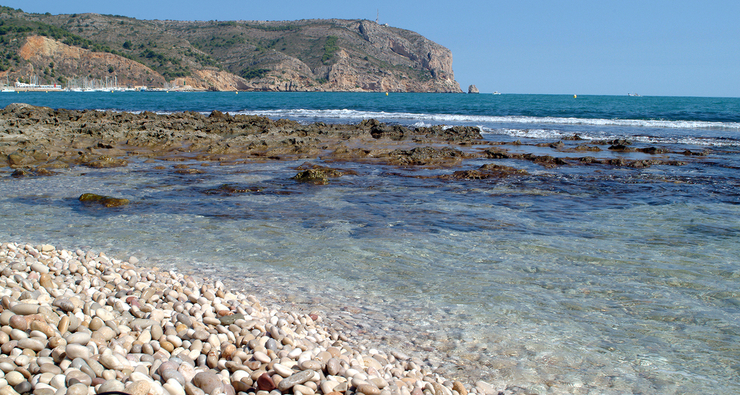 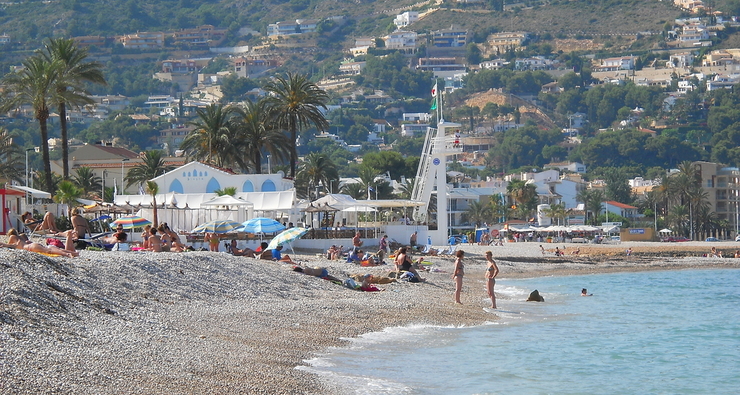 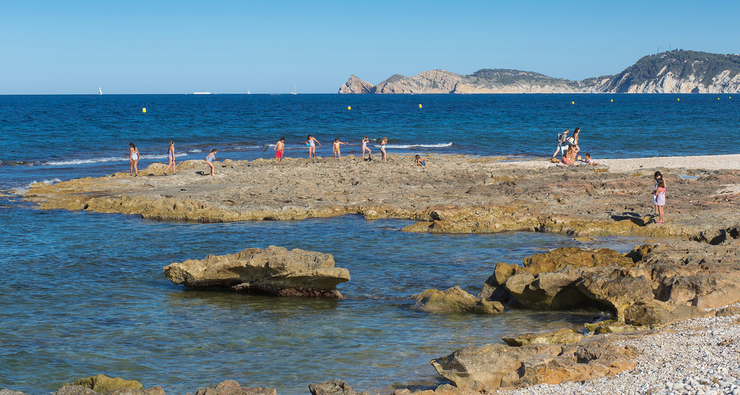 Semi-Urban open gravel and pebble beach which extends from the mouth of the Gorgos River up to the Arenal Beach.

The cutting and extraction of the local “tosca” sandstone as a construction material is highly visible in this beach.

This part of the beach was named “Benissero” due to a little House which belonged to a citizen of Benissa.

In its southernmost slope, we can find a large excavated basin known as the "Baños de la Reina" (Queen's Baths). This zone was a trading settlement in the second half of the 1st Century B.C. where salted foods and fish sauce were prepared. This section is popularly known as the “Cala del Ministro” (Minister’s Cove).