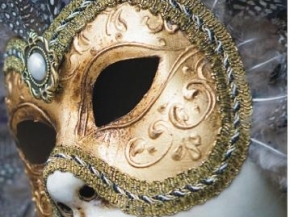 Etymologically, the word, carnival, comes from the Italian word, carnevale, which means the period in which it is possible to eat red meat. According to some historians, the origin of this celebration dates back to the age of the ancient Sumerian and Egyptian civilizations over 5000 ago. Similar celebrations also took place during the Roman Empire. Today, the Carnival festivity is primarily associated with countries that have a Catholic tradition where it either does not exist in Protestant countries or has a modified version. Carnival is celebrated before the Lent period, which means before the time of fasting and abstinence which the Catholic Church stipulated in order to prepare for the major Easter celebration. During Carnival, almost everything was permitted, hence people dressed up in costumes and used masks to protect their identities.

In Xàbia, this Holiday has been celebrated since the 80s decade and has become immensely popular. Children and Adults have a great time in this festivity. Events usually start with a children's costume parade, following which there is a musical performance for them. At night, it is the adults' turn to have fun. From the square, Plaza del Convent, a colourful parade of costumes departs and it concludes in the square, Plaza de la Constitución where the party continues with a street dance until the early hours of the morning.

The week after Carnival, there is the celebration of the traditional Burial of the Sardines: Entierro de la Sardina. A sardine is symbolically burned in this celebration which represents the vices and the licentiousness which flourished during the festivity. Fire, as in many Mediterranean traditions, is a once again a symbol of regeneration and purification which deposits all evil in the ashes.