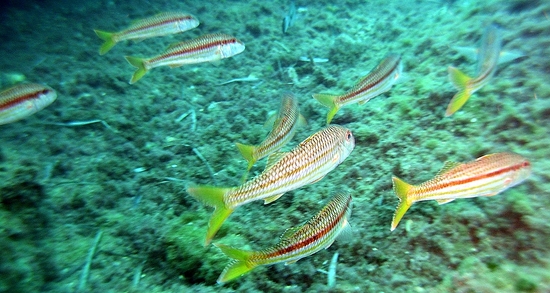 The Cape: Cap de Sant Antoni is located in a transition zone between the lower coastal sand banks of the Valencia Gulf and the characteristic rocky cliffs of Northern Alicante. These cliffs shape the coastal landscape with elegant beauty where impressive vertical rock faces alternate with small coves and canyons. On the other hand, the cape: Cap de Sant Antoni, is subject to intense hydrodynamic forces since its N-NE orientation remains exposed to the winds from the first and second quadrant which predominate in the zone. These features mean that in a relatively small section of the coast, we can find diverse submarine topography with different types of substratums. The major variety of environments which exist in Cap de Sant Antoni permit the appearance of a significant number of benthos communities, some with major ecological  interest and subject to protection standards of the European Council.

For these reasons in 1993, the Valencian Government established the Marine Reserve zone in the Cap de Sant Antoni environment.