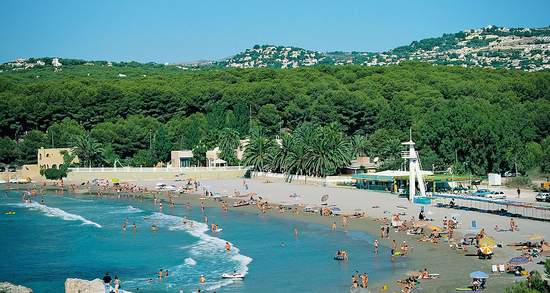 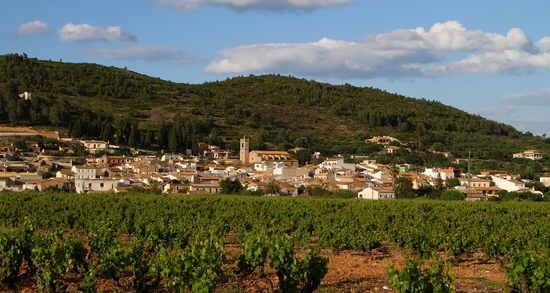 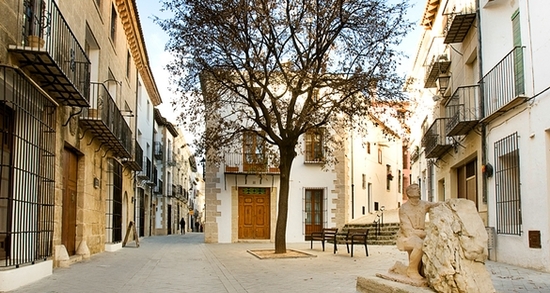 This municipal district has one of the most beautiful coasts in the Valencian Community and a rich inland area with mountains and valleys of breathtaking beauty. Its coast has a series of fine sandy beaches and rocky coves with crystalline waters.

If we begin the route in the north, we find Dénia, the capital city of the municipal district, whose fishermen tradition can be observed in the picturesque neighbourhood called “Baix la Mar”. On the summit of a hill, its castle dominates the city. Inside it, the ruins of fortifications from different ages have been preserved, among them, we highlight the Arab gate. A small museum has been created in its interior. 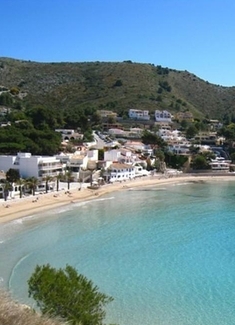 From Xàbia, we travel south until we reach Poble Nou de Benitatxell, a small town where the famous cove called “Cala del Moraig” is located. From there, we continue our journey to Teulada-Moraira, a town with an agricultural tradition which has a well preserved historical city centre and a fortified church from the 16th century. Its coast is famous for its lovely beaches, along with the watchtower called “Torre Vigía” in Cap d'Or and its tower: “El Torréon”.

Calpe, it is located next to the Penyal d'Ifac Natural Park, whose peaks can be accessed by means of a hiking trail. Its historical city centre still preserves the ruins of a fort from the 16th century, the tower called “Torreón de la Peça” and the Parrish Church with its Gothic-Mudejar style. It also features the remains of a salted foods factory from the Roman Period called “Baños de la Reina” (The Queen’s Baths) and its evening auction attracts numerous tourists. 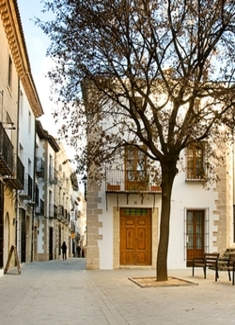 The interior territory of Marina Alta is mountainous with an amazing landscape. The tribes which settled these lands have a "Morisco" (Converted Muslim Christian) origin and the majority were grouped in these five valleys: Vall del Pop, Vall de Laguart, Vall d'Alcalà, Vall de Gallinera and Vall d'Ebo.

In these lands rich with history, it is easy to discover numerous cultural attractions such as Morisco or Iberian towns, fortifications, city walls, watchtowers, and caves such as “La Cova de les Calaveres” or the “Cova del Rull, the cave paintings of “Pla de Petracos” as well as the handicrafts of Gata de Gorgos.

The charm of these lands becomes even more evident when its almond and cherry trees are in full bloom.